a motion and voting on it.

- It was discussed that there are two type of topics; procedural and policy matters. It

was decided that there is no need to take votes on procedural matters.

- Ravi asked for help in reminding him if we miss taking votes on relevant topics.

- Financial matters should also be decided on by such votes

Meeting discussed the theme of CCRMC’s float. It was decided that we cannot decide about

float design as theme of the parade is decided by Plano Early Lions club, which has not

happened so far. Since the meeting Ravi found out that this year’s parade theme is

0/entry with an expected cost of -60.00, with the balance going to Republican Party

on-line. As a result we are losing touch with them.

Discussions included that we need to streamline our process to collect more data! Otherwise

we are losing members. However, it is OK to encourage existing members to pay on-line?

Dalayr brought-up that Jim is Key to this process; however, the sign-up is not actually on our

site, but on PayPal’s. Therefore, not confident that we have any control over what information

is gathered. Dalayr offered to dialog with Jim, Ravi and himself the following weekend.

with?! Hayden Pagent’s name was brought-up as a contact who’s very involved at the state

and local level. Ravi to follow up with Hayden.

John reminded that all board members should attend as delegates! Special Rates at the Four

Seasons, and possibly others. See at bottom of website for more info. Don’t wait! Rooms will

fill-up fast at these rates!!

Club Meeting in May still on? Presented by Ravi.

CCRMC May Meeting on Zoom? Everyone agreed that Zoom won’t be practical either for 20+

May Speaker Meeting report by David

Sherriff Skinner scheduled on 6/18/20 at this time

Tim McCord to update us at next meeting.

Ravi reported that Video Taping of meeting has been suspended for now. However, he

informed that we will still be paying to videotaping of any special meeting(s).

There was no new items and all discussion was ended

At 8:40 Ravi closed the meeting without objection 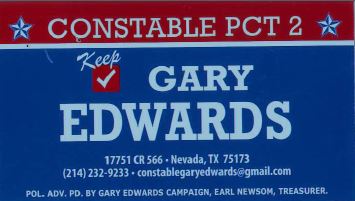 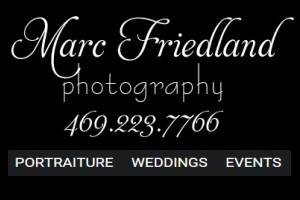 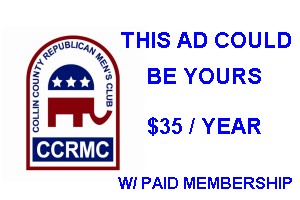 Don't Know your Chair? Here's the list
Don't know your Precinct? Look it up Here
Use the layers box on the right of the map to downselect to election precincts then find your street on the map